I’m no Ainslie and it took a lot longer than 20 minutes, but i bet they don’t get wine and cider on the TV show!
The ingredients: 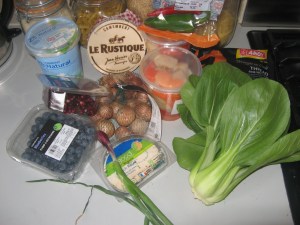 Produce a 3-course meal using ALL of the ingredients provided and any store cupboard bits and bobs.
My Menu:
Deep fried Camembert with a caramelised onion chutney 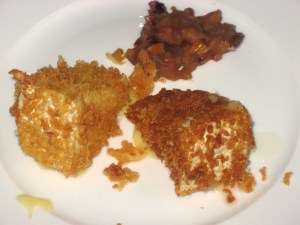 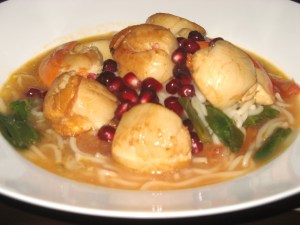 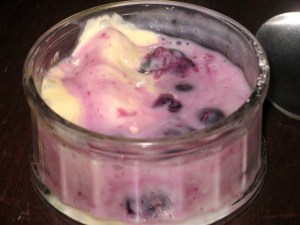 I’ll do the other two recipes in another post….

I can HIGHLY recommend a ‘Ready Steady Cook’ night, it was just four girls, we’ve all known each other since school and have recently got back in touch so there is PLENTY to talk about.

It did feel a bit weird all day knowing people we coming over, but short of cleaning the flat (which i failed to do) there was simply no preparation for me – no recipe planning – no shopping – no food prep. And… it didn’t take all night, OK so i cooked each course as we needed it but we were done by 10pm (ish).

A piece of advice – if you ever want some amusement, give a teacher friend of yours some highly sugary sweets and see what happens, she’ll be bouncing off the walls within 30 minutes – GUARANTEED!

Right – it’s off to bed for me as I’ve decided this post isn’t nearly as amusing as it should be!!